Welcome back, and a happy Monday to you all.  How are you?  I haven't been feeling that well over the last couple of days.  It's a combination of aches and pains with a touch of nausea thrown in for fun, and it woke me right up at 2:00 this morning.  I finally managed to grab a few hours of sleep on the couch, but I'm still a little out of sorts.  BDH and Little Buddha said they'd make me some tea in a little while to help make sure I take care of today's errands.  They're the best.  For now, we're starting with a fresh pot of coffee.  Grab yourself a nice medium DD, because it's time to clear out some Clutter.

Attorney General William Barr was nominated specifically to save Donald Trump from Robert Mueller, and that's exactly what Barr did yesterday. Barr, who was on the record as opposing the Mueller investigation before his nomination, announced in a letter to Congress that Mueller did not find direct evidence of the Trump campaign colluding with Russia during the 2016 presidential campaign (which goes against the public record.)  However, Mueller arrived at no conclusion regarding Trump's obstruction of justice (a move which can most graciously be described as "a punt.")  Mueller then deferred to Barr, who immediately determined that while Trump wasn't exonerated on that front, the Department of Justice won't be pursuing it any further.  This is exactly the kind of cynical decision that a special counsel is supposed to be protecting against.

Of course, the White House immediately started lying about the entire thing.  They couldn't accept the win they received and instead claimed that Trump had been "completely exonerated," when even his own hand-picked lackey said the opposite.  Attorney General Barr's move to save Trump was as predetermined a result as the outcome of this year's Wrestlemania main event.  The pressure is now on Congress to demand the public release of the full report, because no one in their right mind would take this dishonest administration at face value for anything.  There are still many unanswered questions, and Congress and the American public must see the full scope of Mueller's work over the last 22 months for the good of the country.  House Judiciary Chairman Jerry Nadler (D-NY) has already said he will call for Barr to testify before his committee about this letter.  Trump and his cronies will also blast this lie about exoneration far and wide to try to pressure the end of the many other investigations into him, and those demands must be resisted. 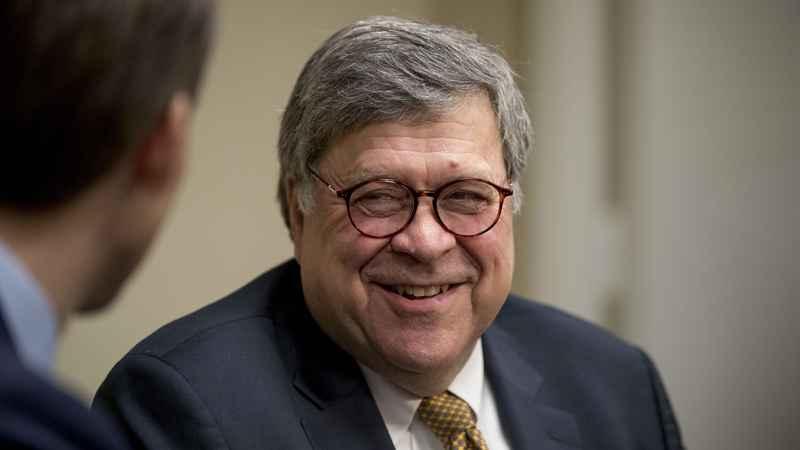 We are heartbroken to hear that two Parkland shooting survivors committed suicide in the past week. People don't just "get over" traumatic incidents like this, and we as a country have done nothing to help these kids besides offer empty words and then subject them to criticism from the right-wing for trying to improve gun control laws.

Doesn't look like today's going to be a fun day on Wall Street as recession fears continue to grow.

The German family who owns Krispy Kreme says they plan to donate $11 million to charity after learning more about their history with Nazis.

A Duke University professor says there may be a physical reason why time seems to go by faster as you get older.

Speaking of Duke, UCF was this close to beating the Blue Devils in the opening round of the March Madness tournament yesterday, but Duke held on to win by a score of 77-76.

New England Patriots tight end Rob Gronkowski announced his retirement on Instagram yesterday. We might be just a touch surprised, since it felt like the longer he took to make up his mind about his future, the more it seemed like he might return.  However, we're glad he chose to call it a day.  The man was brilliant during his nine years with the Patriots, (with 521 passes caught for 7,861 yards and 79 touchdowns) and he's probably the greatest tight end in this history of the game.  However, the list of injuries to his back, knee, and forearm, is almost as long as that of his many accomplishments.  He's still a young man at age 29, and he's got his long-term health to consider.  Plus, playing a major role in a Super Bowl win is a pretty good way to close out a career.  Gronk was almost as entertaining off the field as he was on it.  We wish him the best of luck in his future endeavors and look forward to the day when his NFL Hall of Fame induction is announced.  Now, who is going to play tight end for the Patriots next season?

Patriots owner Robert Kraft finally issued a statement about his prostitution solicitation arrest. Kraft said he's "truly sorry" for his actions, but he's still planning on fighting the charges, so the professed regret only goes so far.

Congratulations to Jordan Peele on his new movie, Us, bringing in $70.3 million on its opening weekend. That's the third biggest debut in history for a horror movie, making it clear that the success of Peele's first movie, Get Out, was no fluke. We have no intention of seeing Us, because horror movies are really not our thing.  However, you can feel free to drop us a review at bitsofclutter@gmail.com if you like.

Spice Girls fans are in an uproar over Scary Spice's claim that she and Ginger Spice had a one night stand years ago.  No word yet on whether this will impact the planned group reunion, but our guess is that ticket sales just picked up a bit.

Okay kids, that's going to do it for now.  Yesterday marked the 33rd anniversary of the release of Van Halen's 5150 album, which marked the start of the "Van Hagar" era.  Here's the group to close things out with, "Dreams," for today's, "Song of the Day."

We usually focus on Eddie Van Halen anytime we post one of those clips, but Alex Van Halen put on a show with the drums that time.

Thanks for stopping by, everyone.  Hanging out with you is always a terrific way to start a new week.  Enjoy the rest of your day, be good, and we'll catch up with you again for more fun soon.  Until next time, that's today's Clearing out the Clutter, and we are outta here.