Welcome back!  We hope you had a good holiday season since the last time we were here to chat about A Million Little Things.  Hopefully you all remembered the new day and time for the show.  ABC must be feeling good about it to put it right after Grey's Anatomy.  Let's jump in and discuss the latest chapter of this ever-growing mystery.

This was an interesting start to the second half of the season.  As we said before, we're not sure where the focus is now, but we're curious to see how that plays out, and there are clearly more surprises to come in the weeks ahead.  What did you think?   Drop us a line at bitsofclutter@gmail.com, or you can reply on our Facebook page, and we'll see you back here again next week! 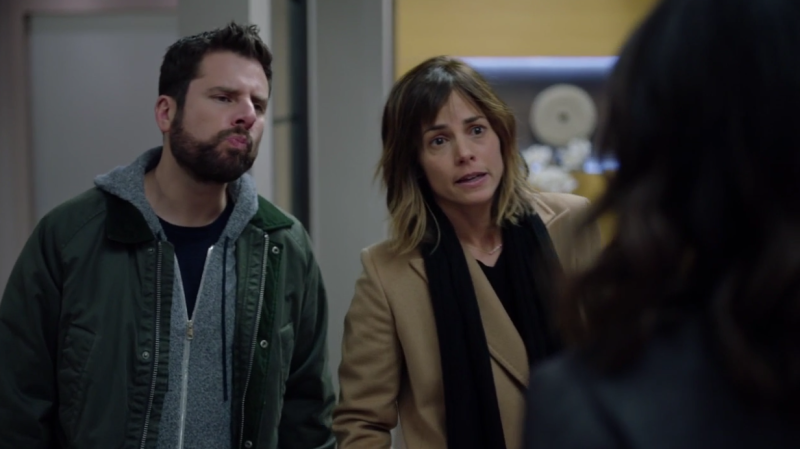 Posted by Colin Moore at 09:16 AM in A Million Little Things, TV Recaps | Permalink | Comments (0)