Is Van Halen planning on coming back to life in 2019?  Fans haven't heard anything from the band since their last tour and live album in 2015, and it seemed like perhaps that was the end of the road.  However, David Lee Roth recently made some comments implying that there would be an announcement coming soon about...something.

Right now, no one seems to be talking about a new album.  That may disappoint many fans, since the group hasn't released any new material since A Different Kind of Truth, which was a solid album, came out in 2012.  Going by Roth's comments, it sounds like we're talking about one possible concert appearance at Yankee Stadium, but it wouldn't surprise us if that turns into the launch of another greatest hits tour.  Cash grab tours remain a strong market in the classic rock marketplace, so why should these guys be any different?  Maybe it's Eddie's way to start building buzz for Wolfgang Van Halen's solo album.

As fans for 30+ years, we want to be excited about this news, since the group appears about as often as Hailey's Comet, but there are some concerns.  Well, one main concern.  As those who also saw the band's last tour can verify, everyone with the last name "Van Halen" sounded great, but Roth's vocals were weak, at best.  It would be fun to hear some new music, with Dave's vocals perhaps receiving some studio assistance, but unless he's been working on improving his live performances, we're not feeling the full rush at the moment.  Of course, given the group's countless soap operas with their lead singers, we can understand why they don't want to bring a new person into the mix again.  It doesn't sound like Eddie and Sammy are going to make up again any time soon, so that leaves Dave, which leaves us flat.

What about you, Van Halen fans?  Are you excited at the prospect of possibly seeing them back in action again next year?  Would you like to hear new music, or would you be fine with just a tour?  Stay tuned for more details... 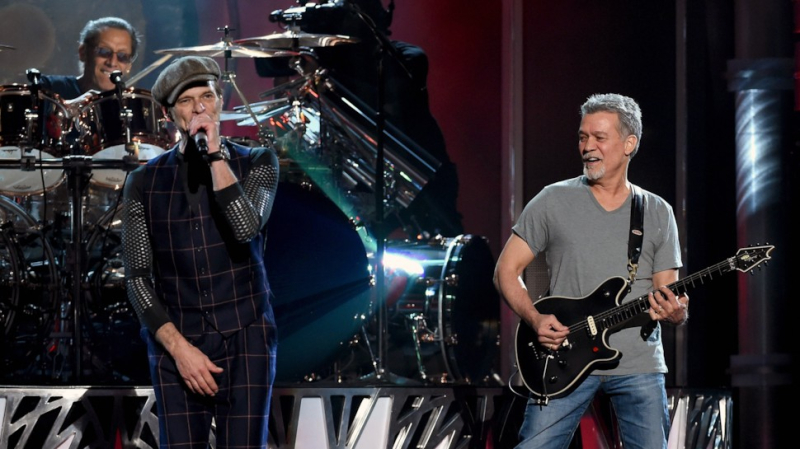