Welcome back!  We weren't sure how many of you would be able to make it today.  BDH and Little Buddha wish you all a very merry Christmas and hope you have a lovely day ahead of you.  For those of you who find today challenging, we send you our best wishes and hope that you engage in some nice self-care.  We thought we'd take a quick look at the headlines before things get crazy around here.  The guys made you a fresh pot of coffee, so help yourself to a nice medium DD, because it's time to clear out some Tuesday Clutter.

Yesterday was an odd day at the White House, as Donald Trump sent out an increasingly unhinged set of tweets.  When he was done with that, he came close to killing the idea of Santa Claus for a 7-year-old kid, because the guy never misses a chance to do the wrong thing at the wrong time.  (Is this part of the "War on Christmas" that conservatives are always ranting about?)  Apparently someone rebooted the Home Alone franchise.  The Great Pumpkin has way too much time on his hands now that he's shut down part of the government and no one wants to be in the same room/administration with him.  Given that today is Christmas, we won't focus on the fact that he's also in charge of this country's nuclear weapons. 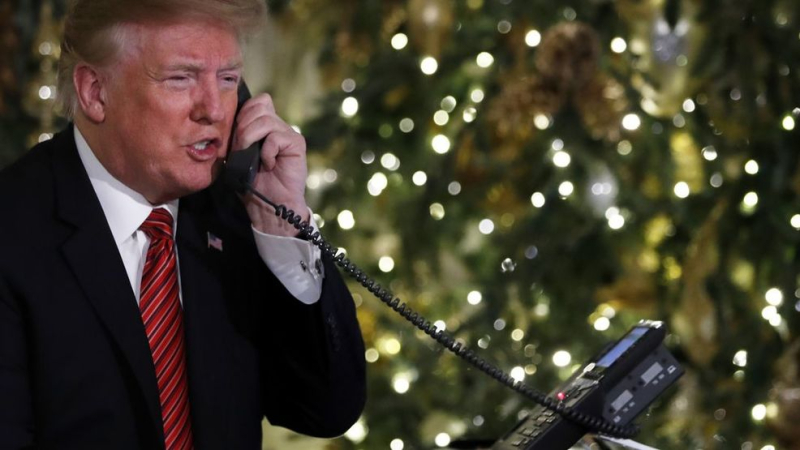 Treasury Secretary Steven Mnuchin called the heads of the major banks on Sunday to tell them not to panic for some unknown reason, and of course stocks fell by 3% on Monday. We've been trying to figure out what the point of these calls really was, and then it occurred to us.  If we ran a corrupt administration that sold out the country, it would seem pretty tempting to crash the stock market so that we and our friends could profit from it.  After all, if you've got the cash, stocks are now about 20% off their highs.  These guys also could have been shorting everything all month.   The prediction here is we'll be reading in the future about how some Trump cronies, and likely Trump himself, made a fortune off the recent Wall Street woes.

Since it's now legal for adults to use recreational marijuana in Massachusetts, companies should not be allowed to fire employees for doing it unless it impacts their ability to do their job.  We hope officials will pass proposed legislation about this issue with little delay in 2019.

Chad Finn thinks New England Patriots tight end Rob Gronkowski still has some big plays left in him, and we hope he's right.  The team's success for the rest of this season largely depends on it.  Also, it's just more fun to watch football games when Gronk is a featured part of the story.

Doctor Who alum / Guardians of the Galaxy star Karen Gillan wrote a column in support of Jodie Whittaker's turn as the 13th Doctor. This series went by in the blink of an eye, but thankfully we still have the New Year's special to look forward to.

Kevin Spacey came out of hiding to release a bizarre video, where he assumed the persona of Frank Underwood, talking about what he's done, what he hasn't done, and whether he'll be punished for any of it.  The only reason we can think he would have for doing this (besides being unwell) is to distract from the news that he's been charged with sexual assault for a 2016 incident in Massachusetts.

Steve Carell's new movie, Welcome to Marwen, is not doing well at the box office, which leads us to a question:  Do you like Carell's non-The Office roles?  We've been watching some reruns recently and realizing the love we have for Michael Scott is at the same level as our dislike of just about everything else Carell has been in, including Anchorman and The 40-Year-Old Virgin.

Okay kids, that's going to do it for now.  We couldn't decide which tune should close things out today, so the guys picked two of them.  First up, we've got the Pretenders, with, "Have Yourself a Merry Little Christmas."

Next up, here's the great Whitney Houston with, "Do You Hear What I Hear."

Thanks for stopping by, everyone.  It was a particularly nice treat to hang out with you for a little bit today.  Enjoy the rest of your day, be good, and we'll be back again for more randomness soon.  Until next time, that's today's Clearing out the Clutter, and we once again wish you all a very merry Christmas!