Welcome back!  Ready for the last weekend of 2018?  We've got a lot of running around to do here, and BDH and Little Buddha aren't positive that we'll be around on Sunday, so they wanted to make sure we said hello today.  They also just want to mention that after they finished counting all of the coffee cups we used yesterday, they realized we had more visitors on Friday than we've ever had in a single day before, and that has them both grinning from ear to ear.  (It also means we'll need to buy more coffee next year.)  They love hanging out with all of you, so thank you for helping them end 2018 on such a happy note.  To show their appreciation, they just made another fresh pot, so help yourself to a nice medium DD, and let's clear out some Saturday Clutter.

House Democrats are ramping up their legal staffs as they prepare to investigate Donald Trump in 2019.  No wonder the Great Pumpkin is trying so hard to distract everyone with his wall, the government shutdown, and the threat of a scary new immigrant caravan trying to come across the border.

We got an alert saying 911 services were out in Massachusetts yesterday.  Between that and the alien invasion in NYC on Thursday that was clearly covered up by authorities, we're sure there's nothing to worry about.

Listening to Mark Zuckerberg talk about being proud of the improvements Facebook's made to protect user privacy is like listening to Donald Trump talk about the Mueller investigation.  Only a fool believes a word of it.

Wells Fargo will pay $575 million in fines to settle charges that its employees opened an estimated 3.5 million fake bank and credit card accounts without their customers' knowledge.  The management of this bank should all be in jail.  They're habitual criminals who buy their way out of imprisonment, apologize for "past errors," and then find a new way to ruin peoples' lives every few months.  We'll set the current over/under on the next Wells Fargo scandal at June 1, 2019.  Take the under.

A new study says people who drink alcohol and coffee in moderation are likely to live longer than those who do not.  These days, you have to wonder if the researchers at the University of California Irvine Institute for Memory Impairments and Neurological Disorders were funded by the alcohol industry, although we have no problem believing coffee is the answer to a long and happy life.

Glad to hear that the racist referee who ordered a black wrestler to cut his dreadlocks off before his match has been fired. Alan Maloney should be permanently barred from being a sports official anywhere.  The message needs to be clear that this kind of disgusting behavior will not be tolerated.   We hope the wrestler, Adam Johnson, is able to move on from this terrible incident.

The New England Patriots face the New York Jets at home for the final regular season game tomorrow.  First off, is it just us, or did this season go by particularly quickly?  It seems like just yesterday we were listening to everyone debating Tom Brady's off-season workout choices.  Anyway, this should be a straightforward win for Tom Brady and company.  Even with all of their challenges, the 4-11 Jets aren't beating them in Foxborough and keeping them from getting a first-round bye and at least one home game in the playoffs.  We will cry if that turns out not to be the case.  However, it's also possible the room will get a bit dusty even if they win, with the growing feeling that this is one of the last games for Rob Gronkowski.  What can we say, we're an emotional bunch.

The Pittsburgh Steelers could be knocked out of the playoffs tomorrow, so you'd think the coaches would be as prepared as possible for their game against the Cincinnati Bengals.  You'd be wrong about that, as evidenced by the case of Steelers defensive coordinator Keith Butler expressing concern about Cincinnati's Tyler Eifert. The problem is that the tight end has been on IR since September 30.  It's just another sign of what an undisciplined ship head coach Mike Tomlin runs, and if the Steelers weren't so wrapped up in their reputation for sticking with coaches over the long haul, this guy would have been gone a long time ago.

Ummm, did Grover drop an F-bomb on Sesame Street?  We debated long and hard about even watching the clip in question, because the idea of our beloved fuzzy friend working blue is so traumatic.  We finally gave in and listened carefully, and while we assume he said something else, because that's just the natural order of the world, it really does sound like he "went there."    These are disturbing times we live in, friends. 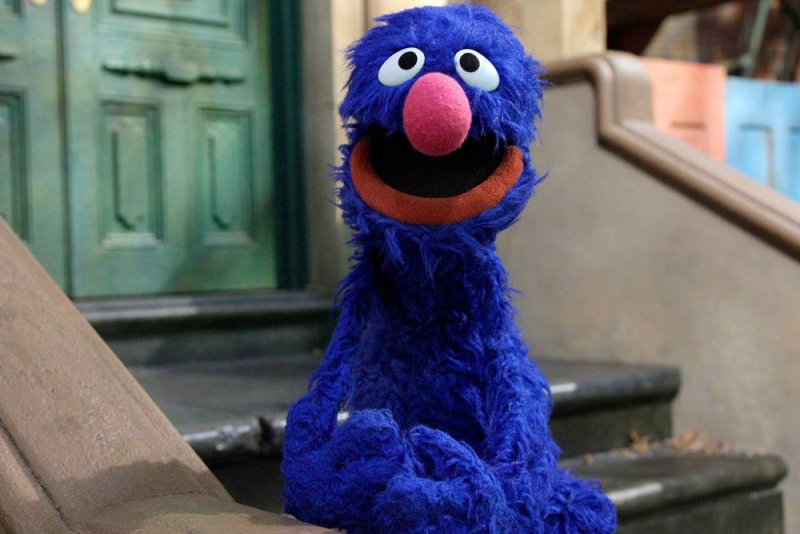 We still love you, buddy.  (pic via people.com)

Okay kids, that's going to do it for now.  We're feeling a bit of a Tom Petty vibe at the moment, so here he is to close things out with, "Listen to Her Heart," for today's, "Song of the Day."

Thanks for stopping by, everyone.  It's always such a treat to see you.  Enjoy the rest of your day, be good, and we'll see you back here before 2019.  Until next time, that's today's Clearing out the Clutter, and we are outta here.