Home Archives Profile Subscribe
Donald Trump's Next Chief of Staff is a Real American
(Review) Eck: A Story of Saving

Welcome back, and a happy Friday to you all!  What's the plan for this weekend?  I don't think we're up to anything crazy here.  Hopefully just finishing up our Christmas shopping and making some progress on the wrapping.  BDH and Little Buddha are trying to figure out what kind of cookies they want to make for Santa.  I told them he'll love whatever they make.  In the meantime, they also made some coffee, so help yourself to a nice medium DD, and let's clear out some Clutter.

If memory serves correctly, Donald Trump once claimed he didn't know anything about Michael Cohen arranging payments to cover up his alleged affairs.  That's funny, because it's been revealed that Trump was in the room with Cohen and the publisher of the National Enquirer to work out said payments.  Cohen just went to jail for these campaign finance violations, and the arguments for his imprisonment also seem to apply to the Great Pumpkin.

Meanwhile, Trump's inaugural committee is being investigated for possible financial misconduct, as investigators look into whether the committee traded contributions for political favors.  The committee was run by a man named Tom Barrack, so the question now becomes, what does Barrack have to say?

We keep seeing these stories about Chris Christie being considered as Donald Trump's next chief of staff.  We've got our own thoughts on John Kelly's replacement, but we were under the impression that Jared Kushner loathes the former U.S. attorney for putting his father in jail.  Do these rumors mean Trump doesn't care about Kushner's input because he knows his son-in-law is probably going to to jail, or is Christie's camp floating them to mess with Kushner?

The U.S. Senate passed a resolution calling for the United States to stop aiding Saudi Arabia in their war in Yemen.  The vote was a direct rebuke to Donald Trump for supporting the Saudi government in the wake of Jamal Khashoggi's murder.  The resolution is dead on arrival in the Republican-controlled House, but it could appear again once Democrats take over the majority in 2019.

House Republicans see the storm coming their way, so now they're going to pretend they care about bipartisanship. As the old saying goes, elections have consequences, and the GOP is going to be held responsible for abandoning democracy and the rule of law.

Representative-elect Mark Green (R-Tennessee) is being criticized for pushing the insane "vaccines cause autism" conspiracy theory.  Green is a doctor who apparently doesn't remember the part where he promised to do no harm.

We watch the vast majority of Boston Red Sox games on TV, but if WEEI goes through with this ridiculous idea to turn their in-game broadcasts into more of a talk-show format, we won't be listening to any games on the radio next year.  If we wanted to listen to a talk show, we'd find a talk show.  The job of the Red Sox broadcast team is to paint a picture of the game that we can follow.  Someone at the station is trying to be too clever by half here, and hopefully this idea will be tossed in the trash before the 2019 season begins. 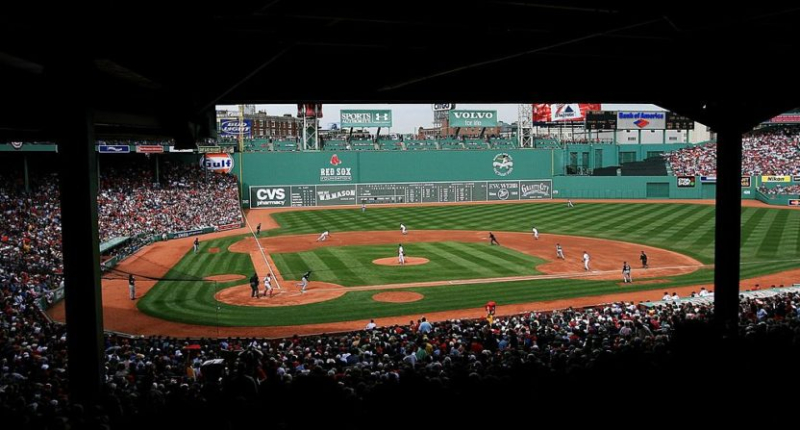 Philadelphia Eagles quarterback Carson Wentz has a broken vertebra and may miss the rest of the season, which would mean Nick Foles would replace him, and we've suddenly got a strong sense of deja vu here.

The problems continue at CBS.  Actress Eliza Dushku received a $9.5 million settlement following her removal from the show Bull after she complained about "lewd" comments from star Michael Weatherly.

Jerry Seinfeld is in Kevin Hart's corner after Hart dropped out of hosting the Oscars following outrage over the comedian's homophobic tweets.  Seinfeld somehow believes that the show will have a hard time finding "brilliant" as Hart.  As the years go by, we find this guy increasingly unlikable and wonder why we followed his show so faithfully.  (Side note:  Which show has aged worse: Seinfeld or Friends?)

Congratulations to the newest inductees to the Rock and Roll Hall of Fame: Radiohead, Janet Jackson, Stevie Nicks, Def Leppard, The Cure, Roxy Music, and the Zombies.  The induction ceremony takes place on March 29, and we're looking forward to watching all of these musicians jam together.

What's this now?  David Lee Roth is hinting that Van Halen will be back in action next year?  His comments were vague, but they implied there might be an announcement of some sort by the end of March 2019, so we'll be keeping an eye out for that.

Okay kids, that's going to do it for now.  Let's have new Hall of Famer Janet Jackson close things out with, "Escapade," for today's, "Song of the Day."

Thanks for stopping by, everyone.  It was great to see you, as always.  Enjoy the rest of your day, be good, and we'll meet back here again for more fun (and maybe some cookies) soon.  Until next time, that's today's Clearing out the Clutter, and we are outta here.