One of the items on this summer's to-do list was to check out David Letterman's new show on Netflix, called My Next Guest Needs No Introduction with David Letterman.  We've missed seeing Letterman on TV since his retirement in 2014, and it was intriguing to hear that he was returning in a format that featured just one guest in an hour without commercial interruptions.  There were six episodes in this first season, so the question then became, which guest should we watch?  The answer was simple:

We listened to Stern "back in the day" when he was still on terrestrial radio, but there's no money in the budget around here for Sirius, so the chance to watch these two men talk again was too good to pass up.  Did the show live up to expectations?  Let's discuss... 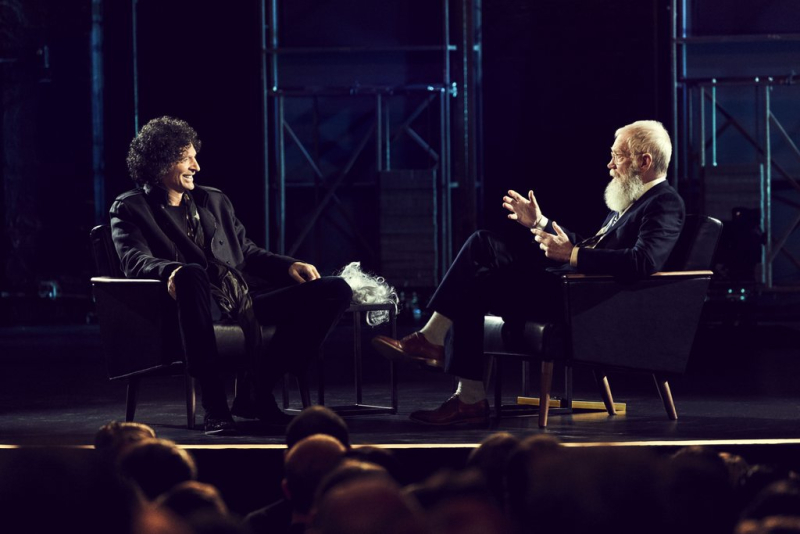 Observations (Warning:  These may be a little bit on the spoiler side.)

As expected, we enjoyed the program.  It was nice to see Letterman once again leading an interesting conversation, and he was able to take advantage of the hour-long format to let the discussion breathe.  Stern fans will enjoy his "shtick" as he would call it, but there's no doubt he seems like a happier man these days.

If you're a Letterman fan, you'll enjoy My Next Guest Needs No Introduction with David Letterman.