Welcome back!  How are you?  The sun is shining, the birds are chirping, and I think I finally recovered from last weekend, so things are good on this end.  This looks like a great day for a bike ride, but first things first.  The coffee is ready, so help yourself to a nice medium DD, and let's clear out some Tuesday Clutter.

New York Attorney General Eric Schneiderman resigned last night following a report that four women accused him of physical abuse.  Schneiderman was a vocal opponent of Donald Trump, and the Trump squad immediately tried to frame this story as a win for them.  Imagine hearing reports of women being assaulted and squealing with glee.  Of course, Mr. "grab them by the pussy" has been accused of sexual assault by a number of women, but there isn't an ounce of shame in that man, so he sees no reason why he should ever be held accountable.

Donald Trump is expected to pull out of the Iran nuclear deal, because why would we want to reduce a nuclear threat?  Sure, maybe it makes the world a little safer, but it's something Barack Obama achieved, so that's gotta go, right?   It's not difficult to see the Great Pumpkin figuring that there will be less energy for removing him from office if people are increasingly anxious about a possible conflict with Iran.

Do we have reason to start caring about Michael Cohen's father-in-law?

Melania Trump announced the launch of an anti-cyber-bullying campaign yesterday using materials almost entirely created by the Obama administration.  In any case, maybe she can leave some of those pamphlets on Trump's desk and have someone read them to him.

Senator Orrin Hatch (R-Utah) was out of line criticizing John McCain for saying Donald Trump would not be invited to his funeral.  Everyone has the right to plan that event however they like.  Perhaps Hatch should stop talking and start packing up his office and preparing for his upcoming retirement.

It seems like we were just talking about Wall Street panicking about slow iPhone sales, but one good quarterly report and Warren Buffett buying 75 million shares later, and Apple's stock is at an all-time high.  It's just another example of why the Clutter investment team prefers to focus on mutual funds.  The staff finds it easier and far less stressful to look at long-term trends. rather than worrying about what will happen to an individual company over a three-month period.

Apparently Mookie Betts and Meghan Markle are distant relatives.  Will we need to refer to the Boston Red Sox outfielder as "Prince Mookie," or maybe, "the Duke of Fenway," after Markle marries Prince Harry on May 19? 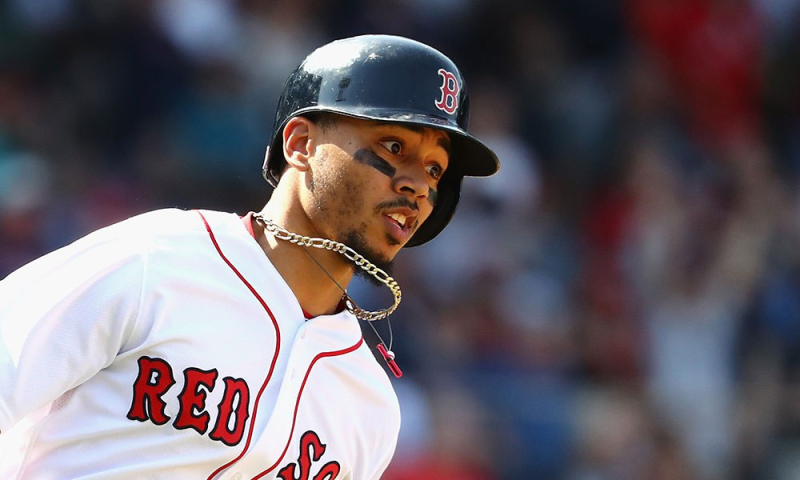 The Boston Celtics lost 103-92 to the Philadelphia 76ers in Game 4 of their playoff series last night.  Deprived of the sweep, the C's will go for the series win at the TD Garden on Wednesday.

Twitter had a lot to say about Tom Brady's wardrobe choice at the Met Gala last night.  We're more interested in the fact that he looks like he had some plastic surgery done, but in any case, he gets to do whatever he wants, with his gorgeous wife, because he's TB12, and you're not.

Had the chance to see The Avengers: Infinity War yesterday (check out the review), so it's great not to have to worry about reading spoilers anymore.  However, it's not spoiling anything to tell you that five out of the six original Avengers recently got matching tattoos.  On the other hand, this bit about Hawkeye might be a bit of a give-away, so proceed with caution.

Phil Collins will be touring North America for the first time in 12 years this fall.  This is why we never pay much attention to musicians when they say they're retiring.  Collins is stopping on Boston in October, so we might have to consider getting tickets for that show.  We saw him...good lord, that show was probably about 25 years now...and it was a two-hour karaoke party, as the crowd sang along to every tune.  Who wants to come with us?

Okay kids, that's going to do it for now.  Let's have Coldplay close things out with a live performance of, "Viva La Vida," for today's, "Song of the Day."

Thanks for stopping by, everyone.  Hanging out with you is always a treat.  Enjoy the rest of the day, be good, and we'll see you back here again for more fun soon.  Until next time, that's today's Clearing out the Clutter, and we are outta here.