Consider the story of Sam and Dean Winchester.

Their mom was killed by a demon when Sam was an infant and Dean was four years old.  Their father became obsessed with finding and killing said demon, and as a result, he largely neglected/abandoned his sons throughout their childhood.  This forced Dean to become a parent, as well as a sibling, to his younger brother.  Dad was eventually killed by the same demon that took their mom.  The Winchester boys hunted and finally killed the demon who killed their parents.

The brothers then assumed a life of demon/monster hunting (the family tradition), where they have been repeatedly tortured and killed, and they have spent time in Heaven, Hell, and Purgatory.  They've battled Lucifer, teamed up with God and a fallen angel, prevented the apocalypse, and killed so many demons that they are probably two of the biggest mass murderers in American history.  Oh, and Mom Winchester was resurrected by God's sister as a thank you for helping her mend fences with her brother.  However, mom is now stuck in an alternate universe with Lucifer because they fell through a portal that was opened by Lucifer's son (who has a human mother who died during childbirth.)

We can all agree there is a lot of psychological baggage to unpack in this story.  That's part of what makes the TV show Supernatural so entertaining, and it's also the focus of a new book:  Supernatural Psychology:  Roads Less Traveled.  This anthology is a collection of 21 essays examining the many psychological aspects of the program.  Edited by Travis Langley and Lynn S. Zubernis, Supernatural Psychology includes discussions of family, dealing with trauma, defense mechanisms, gender roles, communication, mental health, leadership, perception, death, addictions, and more.

Supernatural Psychology at its core is an entertaining textbook.  Each essay is primarily an explanation of a fundamental psychological concept with some relevant examples from Supernatural included to illustrate the point.  At 332 pages, this is not a light read.  The two most likely audiences for this book are hardcore fans of the TV show who want a fuller look at the range of issues the Winchesters have been dealing with for over a decade, and students taking a "Psych 101" course.  If you're reading this, you most likely fall into the former category.  If you are willing to make the commitment, Supernatural Psychology will give you a fuller appreciation for the Winchesters and the depth of their struggles, and for the program in general.  The TV writers have done a terrific job of tying together so many concepts, and the editors of this book, as well as those who contributed the essays, are to be applauded for laying everything out in such a clear and informative fashion. 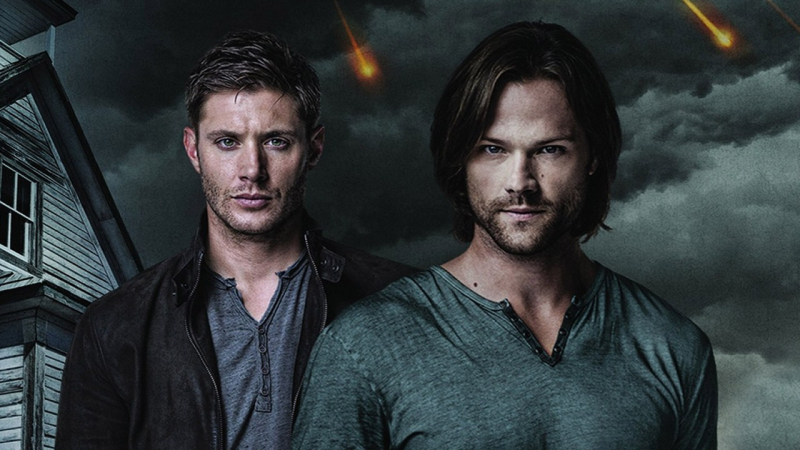 Hunting monsters brings up a lot of issues.  (pic via ign.com)

Posted by Colin Moore at 07:35 AM in Book Reviews, Television | Permalink | Comments (0)