Welcome back!  How are you?  I know many of you are on vacation this week - hopefully you're all having a great time!  BDH and Little Buddha enjoyed Tuesday's fireworks, as long as none of them came anywhere near Clutter Headquarters.  I was worried that they might not like the loud noises, but they said the sky looked pretty, and that was cool with them.  There isn't much that fazes these two.  Speaking of our dynamic duo, they tell me that the coffee is ready.  Help yourself to a nice medium DD, and let's clear out some Thursday Clutter!

The Boston Red Sox lost 8-2 to the Texas Rangers last night, snapping their six-game winning streak.  Sox starter Doug Fister had a rough night, giving up six runs (four of which were earned) over 3 2/3 innings.  One would assume that Fister is moving to the bullpen now with Eduardo Rodriguez expected to return shortly after the All Star Game.  (Though it sounds like Fister will get one more start.)   The Sox still won the series against Texas, which is always the main priority, and they remain four games ahead of the New York Yankees in the AL East.  The Sox now move on to Tampa Bay for their final series before the All Star break.  Chris Sale takes the mound for Boston, and hopefully they'll start a new winning streak tonight.

There's no way we're going to last six months without reading possibly spoilers for this year's Doctor Who Christmas Special, it's just not happening.  We have no idea if this rumor about a special return during the episode is true, but hopefully it is, because it would be a terrific moment for the 12th Doctor.

Congratulations to Boston Celtics fans on the Gordon Hayward signing.  Even though it's disappointing that Paul George isn't also coming, that's still an upgrade for the team.  Of course, the C's still have plenty more moves to make this season, starting with having to make cap space for Hayward to be able to officially join the team.  Who would you like to see the Celtics move next to make room for Hayward?  On a related note, who would you like to see the C's pursue next? 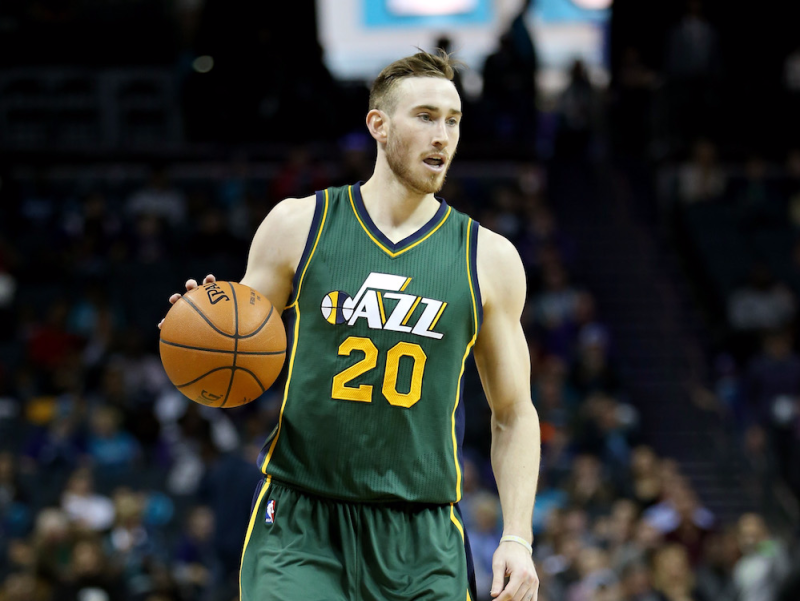 When they're not busy filing U.S. Supreme Court cases to restrict employees' access to birth control, Hobby Lobby is busy being fined $3 million for illegally importing ancient artifacts from Iraq.

So North Korea has intercontinental missiles now, and Donald Trump's talking about having "severe things" as possible responses, as his own mental health continues to be called into question.  Nothing to worry about here, folks.

NPR tweeted out the Declaration of Independence on Tuesday, and Trump supporters thought the public radio network was calling for a violent revolution against their guy.  Never forget that no matter what else the Oompa-Loompa tries to distract you with, his base consists of morons.  Is that polite?  No.  Is it accurate?  Who's really going to argue otherwise at this point?

Let's not overlook how many kids will be hurt if Republicans cut back Medicaid.  As others have asked, what kind of country seeks to pass laws which harm children?

We thought this was clickbait the first time we saw the headline, but apparently there's photographic evidence that indicates Ameilia Earhart might have survived a crash landing during her attempt to fly around the world 80 years ago.

Try not to let this keep you up at night, but there's a chance that not getting enough sleep might lead to Alzheimer's.

ICYMI, we've got a review of the new movie Baby Driver posted on the homepage.  BDH and Little Buddha worked hard on that, and they're eager for your feedback.  (Yes, I had to buy each of them a ticket when we went to the theater.)  Does the film live up to the growing hype?  You'll just have to read the review!

Okay kids, that's going to do it for now.  Let's close things out with one of the many fantastic tunes on the Baby Driver soundtrack.  Here's Martha and the Vandellas with, "Nowhere to Run," for today's, "Song of the Day."

Thanks for stopping by, everyone.  It was great to see you, as always.  Enjoy the rest of your day, be good, and we'll meet up again for more fun soon. Until next time, that's today's Clearing out the Clutter, and we are outta here.