Welcome back!  How are you?  Man, did we have some crazy wind again here yesterday.  That was nuts.  The temperature also dropped about 20 degrees from the day before, which I guess makes sense since it's still actually February and all.  We were just doing the math, and it seems like we've now got about two more hours of sunlight each day than we had at the winter solstice, which is a treat.  You know what else is a treat?  That's right, coffee!  We've got a fresh pot ready to go, so help yourself to a nice medium DD, and let's clear out some Monday Clutter.

The Boston Red Sox lost 7-3 to the Tampa Bay Rays yesterday, but they got a good performance from starting pitcher Hector Velazquez, in his first outing for the Sox since being acquired from the Mexican Pacific Winter League this off-season.  Velazquez gave up one run and three hits to go with four strikeouts over two innings.  Nice way to make a good impression on your new team.  We don't know much about Velazquez at this point, but we'll be keeping an eye on him going forward.

We haven't watched the Oscars in a number of years, but it sounds like we missed a doozy of an ending last night.  Congratulations to Moonlight on being named Best Picture.  Sorry for the mix-up.  There probably weren't that many people watching or anything.  Other than that, how did everyone feel about the event?  Our Facebook feed seemed to be filled with posts celebrating the show's diversity/claiming it was off-the-charts-racist/rationalizing that it wasn't "as" racist as previous years.  Thoughts?

The father of the Navy SEAL killed in a mission in Yemen last month wants an investigation into what led to his son's death, and he refuses to let Trump use his family as a political prop.

Philip Bilden withdrew his name from consideration to be Trump's secretary of the Navy yesterday because he couldn't disconnect from his financial interests.  Sean Spicer dismissed rumors of this very thing happening a week ago, but why should the White House press secretary have any idea what's going on?  Bilden follows in the footsteps of Vincent Viola, who withdrew his name to be Trump's secretary of the Army earlier this month for the same reasons.  Maybe the Trump administration should have done the slightest bit of vetting before announcing nominations.

Senator Marco Rubio (R--Florida) refused to meet with his constituents during last week's congressional recess because he was afraid they were going to be mean to him on-camera.  If you can't be bothered to meet with your bosses, quit your job and let someone who can handle the responsibility doe it instead.

We were saddened to hear about the sudden death of Bill Paxton following surgery on Saturday.  He was only 61 years old.  The veteran actor was known for a wide range of rolls from movies in Weird Science, Aliens, The Terminator, Titanic, as well as the HBO show Big Love, and more.  All of them were great, but our favorite will always be Twister, because our bias is always towards the movie with the Van Halen theme song.  Paxton played Bill Harding, a storm chaser who works with his estranged wife Jo Harding, (played by Helen Hunt) to develop a new tornado warning system.  It wasn't the deepest movie of all time, but it was a fun action romp. again, backed by the song "Humans Being," which ended up being the swan song of the original "Van Hagar" era.

Twister did pretty well at the box office, and it raised the visibility of storm chasers, a group who don't usually dominate the headlines.  The storm chasers showed their appreciation by paying tribute to Bill Paxton yesterday in a way only they could.  Yes, it's a touch dusty in here.  Leave us alone. 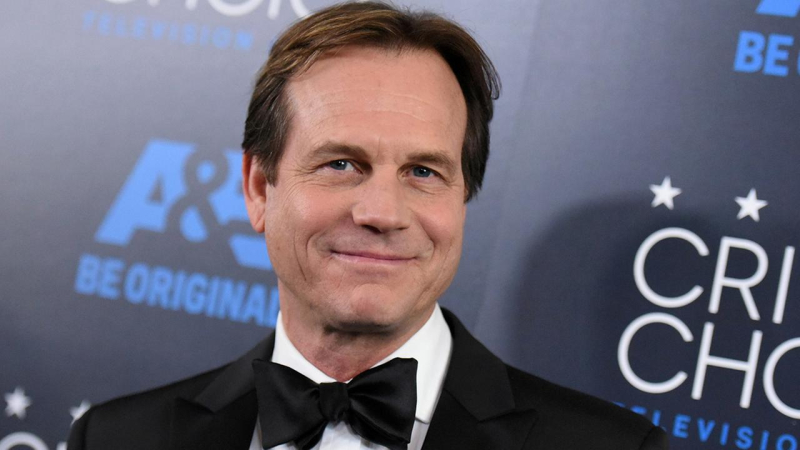 We were also sorry to hear about the passing of Judge Joseph Wapner on Sunday. Judge Wapner presided over The People's Court from 1981-1993, which was a new kind of television program back then.  Judge Wapner was 97 years old.  (Random trivia note:  Wapner's bailiff, Rusty Burrell, was the bailiff during the Charles Manson trial.)

Our condolences also go out to the family and friends of actor Neil Fingleton, who died on Saturday from heart failure.  Many know Fingleton for his role as Mag the Mighty on Game of Thrones.  We know him here as the Fisher King from last season on Doctor Who.  The 7'7" Fingleton was 36 years old.

Okay kids, that's going to do it for now.  Let's close things out with Van Halen doing, "Humans Being," for today's, "Song of the Day."

Thanks for stopping by, everyone.  It was great to see you, as always.  The sun is shining, so enjoy the rest of your day, be good, and we'll meet up again for more fun soon.  Until next time, that's today's Clearing out the Clutter, and we are outta here.