Welcome back!  How are you?  I hope everyone who celebrates Easter enjoyed it.  The chocolate is already gone here, which is good.  BDH and Little Buddha got themselves a bit revved up, but there were no stomach aches, and everyone fell asleep without a problem, so we'll call it a win.  Now it's time to start a new week, and see what's going on in the world,  so help yourself to a nice medium DD, and let's clear out some Monday Clutter.

If we're reading the calendar correctly. and we think we are, the Boston Red Sox start the regular season a week from today, and then Clutter's first game at Fenway Park is the home opener, which is two weeks from today.  Are we excited to see Mookie Betts and company get back to playing games that matter?  Yeah, you could say that.

Terrible news out of Pakistan yesterday, where a suicide bombing killed almost 70 people and injured hundreds more.  Our condolences go out to the family and friends of the victims.

You know who didn't appreciate President Obama's recent visit to Cuba?  Fidel Castro. Time has passed the country's former leader, and he's apparently none too pleased about it.

After he likely loses the GOP presidential nomination to Donald Trump, we wonder if there's any part of Ted Cruz that will look back and think maybe he shouldn't have gone out of his way to alienate 99% of the Republican establishment?  That probably requires more humility than he's capable of, but you've clearly misjudged your approach when even Donald Trump isn't enough to bring people to your side.   On the other hand, at least we get to learn that karma has a sense of humor. 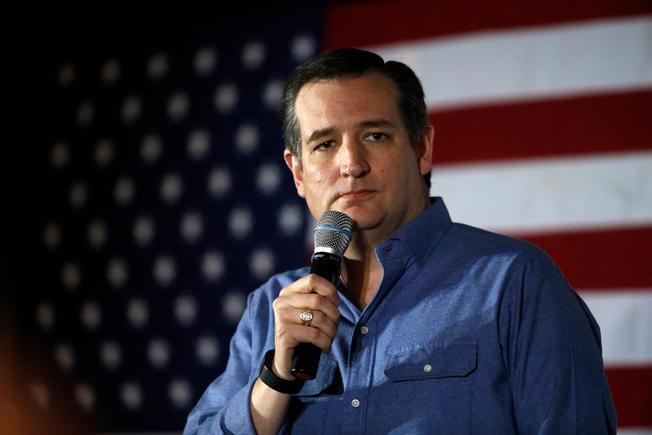 Everybody needs friends.  (pic via usnews.com)

The Washington Post says that the Democratic Convention could also be "messy," but here's the difference.  For Democrats, "messy" means debates over real issues like foreign policy, climate change, the minimum wage, and so on.  It's not an argument over who has bigger hands, who is or is not cheating on their wife, and who will discriminate most against Muslims.  We'll take that contrast any day of the week.

Cheers to Boston Globe columnist Adrian Walker for this important discussion about his sobriety.

It's been far too long since John Oliver graced us with his presence here, so let's fix that error right now with this brilliant insight into the true value of Cadbury Creme Eggs.  Warning:  Your mind will be blown.  Prepare accordingly:

We've got a present for you Game of Thrones fans.  Here's a peek at the new season.  It looks like things aren't going well for Maisie Williams?  Maybe that will free her up for further Doctor Who appearances:

There was a song playing at the gym last week which sounded like a R.E.M. tune, and it made us wonder what the members of the band are up to these days.  Apparently singer Michael Stipe is performing on The Tonight Show with Jimmy Fallon tomorrow night.

Batman v. Superman looked like a complete waste of time, so of course it had a record opening weekend. The question now becomes whether or not the movie has any staying power.

Okay kids, that's going to do it for now.  Let's have the R.E.M. guys take us out with a little, "Supernatural Superserious," for today's, "Song of the Day."

Thanks for stopping by, everyone.  It was great to see you, as always.  The weather forecast calls for rain all day today, so try to stay dry, be good, and we'll meet back here again for more silliness soon.  Until next time, that's today's Clearing out the Clutter, and we are outta here.