Saturday Clutter: The Theory of Everything, Rolling Stone, Puppies and more

Welcome back!  Come on in, make yourself comfortable.   It's looking a little dreary out there this morning.  Any big plans for today?  I finally made it back to the gym yesterday.   It was about 75% of a regular workout, and in hindsight, I probably over-did it a bit, but what can I tell you,  I'm not bright.  It was just nice to have an elevated heart rate again.  Feeling a little sore everywhere right now, but I'm going to head over again after we're done here.  Speaking of which, BDH and Little Buddha tell me the coffee is ready, so help yourself to a nice medium DD, and let's clear out some Saturday Clutter.

My credit card company sent me a new card about a month ago because they were concerned that my previous card had been left exposed to hackers, though there were no fraudulent charges on it.  Better to be cautious, I guess.  Everything was fine with the new card, until I got an email from the company yesterday saying they suspected fraud on my account and asked me to call them immediately.  I thought it was a scam at first.  The email was in my spam folder, there was some link that I could click on, and the phone number didn't match the one on the back of my card.  However, I typed in the real address, pulled up my account, and sure enough, someone went to town at Sam's Club and Walmart to the tune of about $600 on Friday.

I called the company and confirmed that the charges weren't mine.  They asked me to verify the remaining charges from yesterday.  Did I spend $600 on BostonRedSox.com?  Yes, I did.  Did I spend $2.30 at Dunkin Donuts?  I think we all know the answer to that one.  So, they cancelled my card, froze my account, and now I have to wait for the new card to arrive on Tuesday.  My recollection is that this happened once before (though it's entirely possible I made that up.)  Add that to the time my online savings account was hacked, and that's three times my finances have been compromised over the Internet.  Is that a lot?  My friend last night seemed to think so.  How about you, Clutterheads?

Speaking of said friend, we saw The Theory of Everything last night.  I'd say this movie about the story of Stephen and Jane Hawking was fair.  On the positive side, actors Eddie Redmayne and Felicity Jones do a wonderful job in the lead roles.  Redmayne conveys Stephen Hawking's brilliance as a young man and then convincingly demonstrates the physical damage that his disease inflicted on him.  Jones (whom I now may have a slight crush on) shows Jane Hawking's great strength and the toll that this all took on her.  The problem is that the second half of the movie felt like it ran out of gas. and we just sort of meandered to the ending.  I also got distracted by the fact that I thought Harry Lloyd, who plays Stephen Hawking's friend Brian, had been in two Doctor Who episodes, and sure enough, he had.  The clutter in my head just never stops, my friends. 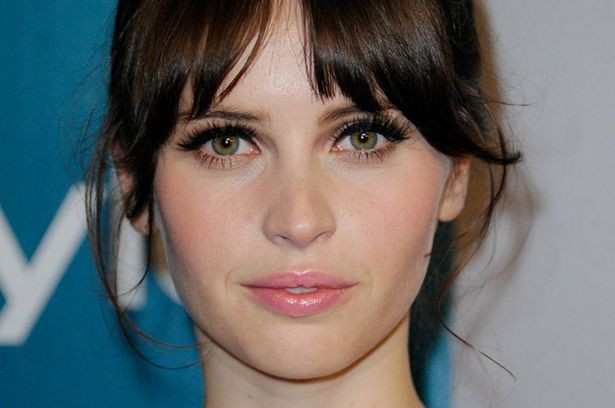 Rolling Stone is under intense scrutiny because there are some real questions about one of the key components to their recent story about how colleges handle sexual assault accusations.  It turns out that a number of the details about a story a woman named Jackie who claimed she was gang-raped are in dispute.  I have no idea what happened to her, but there are some other points here.  1) College responses to these types of accusations have been under federal review for a while now.  2) How could Rolling Stone ever consider running a story where they failed to contact the accused, and where Jackie apparently decided she didn't want to be part of it anymore?  3) The absolute glee about this by some that I read online yesterday was revolting.

Former Boston Red Sox reliever Andrew Miller is heading to the New York Yankees.  That is a shame.  It would have been nice to see him come back to Boston, but the Sox didn't match New York's contract offer of four years at $36 million.  The other disappointment is that I like Miller, but this leaves me no room to root for him anymore.  Had he signed with any other team, I could at least have said that I hope he did well whenever his team wasn't playing the Red Sox, but that's not an option here.  Bugger.

Okay kids, that's going to do it for now.  BDH and Little Buddha feel like we've gone too long between puppy videos, so here's a collection of Golden Retriever puppies just doing their thing and looking cute doing it.  See for yourself with today's, "Clip of the Day."

Thanks for stopping by, everyone.  It was great to see you, as always.  Enjoy the rest of your day, try to stay dry, and you know you're welcome to come back later to hang out if you want.  We'll probably being playing checkers or something.  (I won't admit how often I lose against these two.)  Otherwise, be good, and we'll see you back here again for more fun soon.  Until next time, that's today's Clutter, and we are outta here.