Welcome back!  Come on in and make yourself comfortable as we head into the final stretch of 2014 (thankfully.)  Any big plans for the last few days of the year?  Dad Clutter and I are going back to the movies today, but other than that and going to the gym, I think it's going to be a quiet close to the year, which works for me.   Oh, it sounds like the coffee is ready, so help yourself to a nice medium DD, and let's clear out some Monday Clutter.

All I can say is that it's no coincidence Dad Clutter and I both fell asleep watching the New England Patriots lose 17-9 to the Buffalo Bills yesterday.  With nothing at stake, the Patriots did the wise thing by resting/limiting the playing time of many of their starters.  As a result, the whole thing felt like a preseason game, and I can't stay awake for those either.  The Patriots can now spend the next two weeks getting their guys as healthy as possible, and hopefully they'll also find a way to make sure the offense is clicking as well as the defense is right now.  In the meantime, I hope whoever their first opponent is gets beat up during the first round of playoff games next weekend. 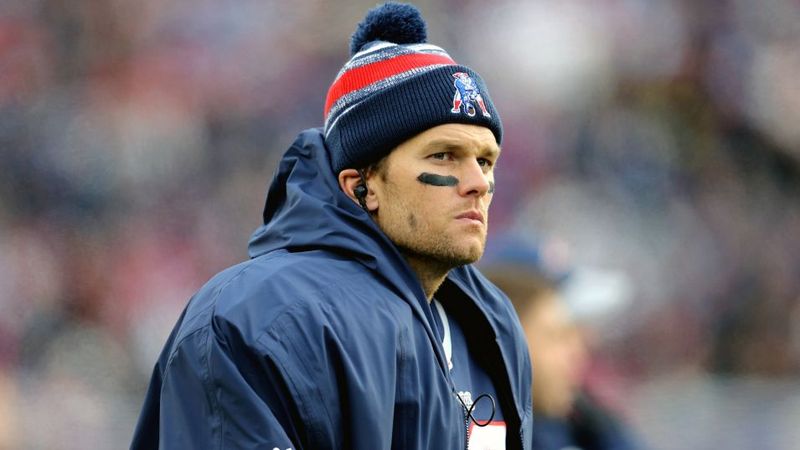 It's time for the real season to begin.  (pic via foxsports.com)

Speaking of the playoffs, congratulations to the Carolina Panthers for winning the NFC South with a 34-3 destruction of the Atlanta Falcons.  However, a 7-8-1 team better get bumped early in the playoffs, because that's just embarrassing.

To the surprise of no one, the Rex Ryan era has ended in NY, as the Jets fired their head coach after six seasons.  I don't know if he wants to coach again next year, but Ryan would be great as a talking head on a TV show somewhere.

Lost in all of the angry noise, it's helpful to remember that President Obama had a pretty productive year in 2014, despite the GOP's determination to prevent him from doing anything more than having a cup of coffee each day.

At the end of 13 years of "official war" in Afghanistan, who feels better off now?

Take a moment and check out this clip of a guy paying off his parents' mortgage for Christmas.  Did it suddenly get a little dusty in here?

The New York Times had an interesting piece on the difficulties of posting negative information about your marriage on Facebook, whether that's a divorce or other problems you and your spouse are facing.  Because it's taboo, what you end up getting is a news feed of couples that apparently have never had a single problem in their relationships and smile 24/7.  The dynamics certainly hit home personally, as I know they have for others, but I'm not sure what I think the right answer is.

I love Facebook as much as the next person (and think the Clutter Facebook page is also fun), but it's clearly designed to try to keep you smiling at all times, with the "like" button and the very fact that you may now be calling some people "friends" when they're really not more than acquaintances.  Then there are the Facebook apps like the "Year in Review," which the site automatically pushes you to show to your friends, even if it turns out that you had a terrible year.

I can only speak for myself, but many of my "status updates" this year have made it explicitly clear how down I have been and how beat up I have felt this year, and I'm very aware that I've now made myself vulnerable to hundreds of people, including those who know me mostly in a professional capacity.  I've had some misgivings about that, but decided it was what I needed to do to get through the struggle, and that was solely my call to make.  However, it's different when you're exposing a second person in that way, and I don't know if social media feels like an appropriate venue for those discussions.  My gut says it feels really unfair to the other person to do that to them, and that those kinds of conversations should be limited to direct interaction with "real" friends, or through these anonymous sites I hear about.   Anyway, it's an interesting read (as evidenced by this ramble it inspired.)  What do you think is the right approach?

Okay kids, that's going to do it for now.  I was browsing through videos this morning, and I was all set to post this one clip, but right next to it was a link to a White Lion video, and that was too good to pass up.  Do you remember these guys in the 1980's?  I was a little surprised they didn't last longer, because they seemed to have strong enough music chops to counter-balance the big hair, but I guess it wasn't meant to be.  In any case, some almost 30 years later, I still say, "Wait" was a solid pop-rock single.  Listen for yourself with today's, "Song of the Day."

Thanks for stopping by, everyone.  It was great to see you, as always.  Enjoy the rest of your day, and we'll see you back here again to continue our countdown to 2015.  Until then, that's today's Clutter, and we are outta here.

Posted by Colin Moore at 09:35 AM in Current Affairs, Music, Sports | Permalink | Comments (0)