Clutter Goes to the Movies: Wild

First words from Dad Clutter after we saw Wild:

"Were you prepared for that movie?"

Of course, Pop, I knew we were about to watch the tale of a woman struggling to find catharsis as she constantly battles jagged flashbacks after the death of her beloved mom.  Why do you ask?

There are so few actors and actresses that I ever really want to see right away when their new movies come out.  Reese Witherspoon was one of them for a long time.  I loved her in Pleasantville, Cruel Intentions, Election, Legally Blonde, Sweet Home Alabama (seriously) and Walk the Line, but that last one was almost 10 years ago now, and that was the last time she was in a movie I thought looked even vaguely interesting, until now, and all I can say after seeing her in Wild is...welcome back, my friend. 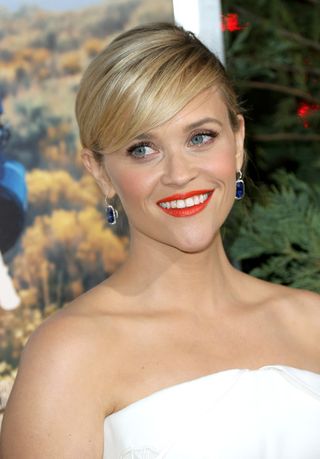 As mentioned above, Witherspoon plays Cheryl Strayed, a woman struggling to regain her footing after losing her mom (played by Laura Dern) to cancer and getting divorced in the tailspin that followed.  After coping with her overwhelming pain through substance abuse and casual sex, she decides that she needs a reset which she will find hiking over 1000 miles of the Pacific Crest Trail by herself.  Well, she finds the starting point through that hike, though it's years before she completes the process. It's a powerful and well-told story, and Witherspoon does a terrific job of showing the journey.  Cheryl Strayed is strongest woman I've seen on a movie screen in ages.

One can look at the movie as the story of Cheryl's (literal) road back.  It's also Witherspoon's path back to relevancy in Hollywood.  I appreciate both.  The notion of trying to regroup after these losses is one that is easy to relate to.  I'm also thrilled to see Witherspoon do such a magnificent job of conveying the pain, sadness, and confusion.  Her character feels fully-realized.  Hopefully the resolution will eventually ring true as well.

On a much more superficial level, I have to say that Witherspoon looks like she's aged a week in the last 10 years (though the movie does do a decent job of showing the toll the trip takes on her character.)  This is actually helpful to the story because it somewhat blurs the realization during their scenes together that Laura Dern is only nine years older than Witherspoon.  My longstanding crush continues unabated, and I'm excited to see the next stop on her journey.